What Does Crypto Mooning Mean? 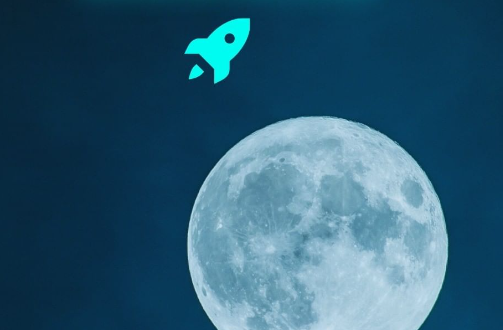 It takes some time to get the hang of crypto jargon. At the same time, not puzzling out these syllables and derivatives can stand in the way of your success in crypto.

So, you have heard or read that, let’s say, Bitcoin is mooning, and you have no idea what that means. Most people think that “mooning” refers to being forgetful or careless, silenced, bad-tempered, or being in love, and, as you can already guess, nothing of this has anything to do with crypto. Today, we’re casting light on what does crypto mooning mean and where did this phrase come from.

What Is Mooning in Crypto?

Investing in crypto is, for many, a way to multiply their funds. Although crypto is a quite volatile territory, during certain periods (we call these periods bull markets), Bitcoin and altcoins are reaching sky-high prices. So far, we witnessed up to 50% price increases in a single day, and that is a perfect example of what it looks like when a cryptocurrency is going to the moon.

During or right before bull markets, demand is damn strong, which, on the other hand, results in a supply shock and announces a mooning trend.

However, people are still buying at high prices regardless because they strongly believe the trend to the upside is going to stick around. Instead of describing the significant rise in prices long-form, crypto enthusiasts coined this phrase – mooning or, more often heard, going to the moon.

In other words, mooning means that the overall trend in crypto is to the upside. Not only does that mean that prices are skyrocketing but that also means that the volume is going parabolic. Market sentiment goes from bearish to bullish and more and more investors are getting involved.

Sometimes, mooning can mean that investors have high hopes that the market as a whole or specific crypto is about to blow up, while there is (still) no actual market movement.

If you take a look at some of the charts, you can clearly see when a certain coin is going to the moon. Their price is only going through the ceiling and there is no pulling backward, or, if there are any corrections, they are minimal. Investors are only waiting for moments like these, since that is when they are selling high and earning serious money.

However, it is worth mentioning that crypto is mooning not very often. Bitcoin is the one taking the lead and a significant rise in its price results in the price increase of other cryptocurrencies.

It can also happen to an altcoin to start mooning after some major project announcement or partnership but typically, the excitement around it doesn’t last very long. At a certain point, every cryptocurrency is bound to go through a retracement, and waiting for another massive spike can last for years.

The phrase “to the moon” was massively adopted by NFT traders as well. You’ll often come across something like “wen moon” (yup, it is wen and not when) if you check out any project’s Twitter or Discord since everyone is waiting for their digital assets to go through the roof.

Where Did Crypto Mooning Trend Come From?

Before 2017, no one could ever thought that mooning would represent a considerable price increase in the crypto market. As a matter of fact, if it wasn’t for this year, maybe we would never experience mass adoption and such a high interest in cryptocurrencies.

Bitcoin reached 20x in value on its journey from $1,000 to almost $20,000 within this year, and someone simply came up with an idea to somehow name this phenomenon.

As we already mentioned, cryptos are not mooning every month or every couple of months.

What is mooning right now? Nothing, because we are in the middle of a bear market. Do we think there is more room left for Bitcoin to be mooning again? Sure thing, yet, it is going to take some time.

To The Moon Crypto – Examples

Apart from Bitcoin, what other cryptocurrencies had their own mooning phase? Well, Ethereum is another great example. In 2021, the second most popular crypto moved 4x up – from less than $1,000 to $4,878. Dogecoin, the oldest meme coin, went from $0.01 to $0.73 practically with no bother.

And then, on the other hand, we had a few exceptions of coins that were mooning even during the bear market. Avalanche was doing pretty well at the very beginning of the 2022 bear market and made its way up from $59 to $98 from January to April.

What Is Moon Landing Crypto?

Moon Landing Crypto is a relatively new coin, launched in 2021, and quite popular among the British people. Its attractiveness lies in potential high percentage returns, however, despite its name, it has nothing to do with the phrase mooning in crypto and still hasn’t mooned.

So, to sum it up – what does crypto mooning mean? It means that the chart looks promising and an uptrend is around the corner or that the entire market or a certain coin is already reaching high levels. Considering the market condition at the time of writing, we are hoping to see crypto mooning again soon.

Connor Wilson is a 20-something crypto analyst who's been involved in the cryptosphere since early 2015. He has a background in mathematics and computer science, and first got interested in Bitcoin from reading about it on /r/bitcoin. Connor is currently focusing on developing analytics tools for blockchain projects.